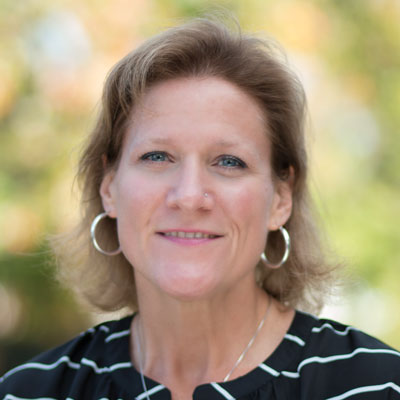 An image that best describes my life is that of a whirlwind. In the book of Job, it says that the Lord spoke to Job out of the whirlwind and that is exactly where I want to be!

I met my husband, Tim, when I was 14 years old, and we were married when I was 17. We had four children within a 26-month time frame, and all by the time I was 20. Life over the next few years was a struggle. I loved being a mom and found much joy raising the children but, I just knew that there HAD to be something more to this life.

In 1992, on our quest for something more, my husband and I became part of an “outlaw” motorcycle club. Our lives were quickly consumed by chaos as we became ensnared in a very destructive lifestyle: destructive for our marriage, our children, our jobs.

Eventually, we began searching for the something more by going to church. Within a few weeks of attending Calvary Chapel Boston, Pastor Randy gave an invitation to accept Jesus Christ as Savior and Tim and I both raised our hands.

Following the prompting of the Lord in a dream, we moved to Cary, NC in July of 1997. Upon arriving, we found that God had provided us with a new Calvary family. A few months later, Pastor Rodney asked if I would consider working at the church but that he wouldn’t be able to pay me…much. Knowing first-hand that “Where God guides, He provides,” I said, “Yes!” My first day at Calvary was January 8, 1998 and life has not been the same, nor has the whirlwind slowed down even a bit.

Tim and I have a heart for missions and reaching the lost, both locally and oversees. We serve in a local chapter of Bikers For Christ Motorcycle Ministry. It amazes me that God took something which almost destroyed our lives and turned it into something He can use to further His kingdom and bless us in the process!